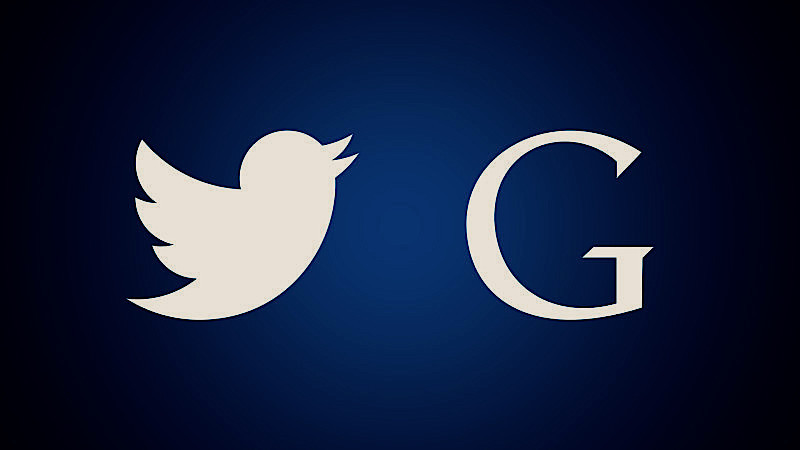 A few months ago, Google and Twitter decided to merge their services in order to make tweets viewable as search results. An agreement that seems to be beneficial for all parties involved.

– Google now manages to grant more real time information to the users. Nobody does it better than Twitter and people in Google know it, better than anyone.

– Twitter wins back the lost exposure to the users, especially after Facebook’s gained the largest piece of social media traffic and Instagram and Pinterest keep growing day by day. Google is the best exposure channel out there and Twitter only wins from this collaboration.

On the 19th of May through a post at Twitter’s official blog was announced that the collaboration took effect and tweets started showing at Google’s search results. These changes are, for now, active on mobile devices but it will not take long till we see them on desktops too. 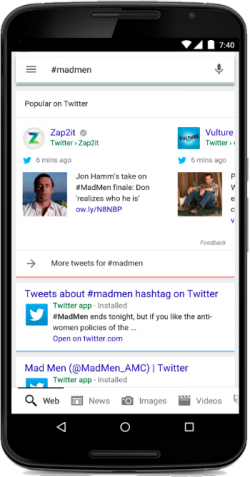 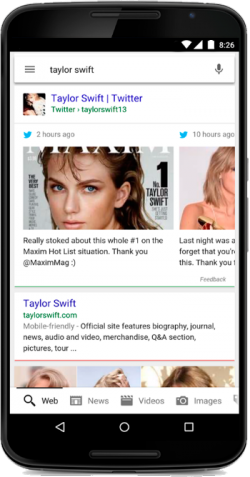 Search Google for your favourite celebrity to see his/her latest tweets, or search an event and see what users tweet about it. Search using a hashtag before your search term and see relevant tweets. Click on any of these tweets and you’ll get transferred to the Twitter post or page.

How could all these affect your business anyway?

The fact that tweets are now appearing as search results on Google means that it is a great opportunity for your business to gain viewings and impressions. Even if a user is not looking for you, there is a large probability and lots of possibilities that he finds you in the results among the tweets.

But to make this happen you have to ensure that your business has a strong presence in Twitter, by tweeting often and as long as it is possible, tweeting about hot trends. Be careful though, because you might be gaining views but on the same time, your exposure raises dramatically. Think twice before you tweet because you are always able to delete your tweet it if you regret it but till then it might have been seen by a lot more users than you think. Each tweet is growing faster than before and reaches users beyond your followers, beyond the Twitter itself.

Each tweet is a reflection of your company to an audience much bigger than the one you used to have till now. Grab the chance and show your company’s beautiful face and be extremely careful not to crumple it. Due to Google’s power, Twitter is more important than ever and definitely a place that your business should be at.

If you need and help to begin or if you already own a Twitter account that you do not use as much as you would like or you should, contact us and we can guide you.